Dungeon Split is the fifth episode in the first season of Camp Solace.

The members of Dissideffor are split up into two separate dungeons, and have to fight their way out.

(The episode starts out in a cave, with all six of the members of Dissideffor)

Arria: So why are we here again?

Kiri: We're supposed to be looking for a dungeon. Travis said it needs "cleaning out," whatever that means.

Hazard: It probably means we have to kill a bunch of monsters.

Alexis: (yawning) Why'd we have to get up so early?

(The group comes to a stop as the cave ends.)

Johnny: Dead end. Should I try and melt the rock?

Alexis: There's probably a trap door or something. (picks up some pebbles and throws them to various spots on the cave wall, then begins tapping it)

Arria: Or maybe it's on the floor? (hops around, trying to trigger a door or a switch)

Lily: Maybe we just need to lick the wall. (goes over to the wall, and to everyone's disgust, licks it. Nothing happens.) Hmm... it tastes like bananas.

Kiri: I could draw us a door maybe?

Lily: Wait. That section of the wall over there smells different. Sort of like... blood. Or maybe it's metal.

(Johnny goes over to the wall and taps it three times. It makes a hallow clanking noise.)

Alexis: Well, now we know something. (kicks the wall with her foot)

Arria: Well then. What now?

Kiri: Split up I guess?

Hazard: Fine by me.

Lily: I guess Johnny and I should split up since we both have ways to see in the dark. I have my cat vision and Johnny could light a torch.

(Cat and Alexis nod, and Johnny moves over to stand by the left doorway.)

Alexis: Well if Hazard and Arria split up, that would work as well, because they can both fly. (Arria floats over to stand by Johnny.)

Kiri: And... then I'll just go with Lily and Hazard?

(Alexis shrugs and goes over with Arria and Johnny.)

Johnny: Well then, see you later! (picks up a stick from the ground, lights the top on fire, and heads into the tunnel. Alexis and Arria follow him, and the other friends fall out of sight.)

Arria: So, is this just going to be like a secret passageway?

Alexis: (squinting) It kind of looks like the walls are made of metal as well. Whatever this is, it's not a continuation off of the cave. Most likely the cave was just an entrance.

Arria: There's torch holders on the walls too. Way too cliche, if you ask me.

(The group walks in silence for about five minutes. Johnny suddenly holds out his arm, and Alexis and Arria stop walking. He illuminates the torch over a small marking on the floor.)

Arria: Looks like some kind of ancient rune. Alexis don't you know those?

Flambo: Come on. If you know what they say, it's going to seriously help us.

Arria: Plus I found Ancient Runes For Dummies underneath your bed.

(Johnny starts to illuminate the floor.)

Alexis: Wow, its actually proper English. Let me read it: Swarming the facility, with it's (unreadable) flaming red on the back, illuminate the darkest night (unreadable) chelicerae, numb is caused.

Arria: What does that even mean?

Arria: (Shivers) Ma-maybe we should ask him? (points to ceiling)

(Johnny and Alexis look up, revealing a giant spider with a red mark on it's back.)

(They take off sprinting down the hall, the spider racing along behind them. The hall splits into two, and Arria leads them to the left. Johnny shoots a ball of flames back at the creature, and a scream of agony is heard. The group continues running down the twisting and turning hallways, Johnny shooting more fireballs back at it. Finally it ceases making noise, and by this time Alexis is red and out of breath.)

Johnny: (stopping) Okay, yeah I guess we can walk. (looks at the walls) Where are we? It all looks the same.

Alexis: (still breathing heavily) Well... (gasp) before that spider thing showed up, I was going to say we should keep our left hands on the... wall so we could find the exit but obviously that won't work now.

Arria: Wouldn't we just go in a circle or something?

Johnny: (pointing at the wall) Hey look! It's a button. (walks over to it)

Arria: You probably shouldn't push it. Something could happen, like, you could get punched in the bananabuns. (Alexis laughs, and Johnny ignores her. He walks over and pushes the button. A panel opens up in the wall.)

Alexis: Prepare for the paiiiiinnnnn.

(A blue whipped cream pie is thrown out of the panel and hits Johnny in the face. It slides off his face, leaving a trail of blue in its wake.)

Johnny: Shut up. (uses his power to evaporate the mess)

Johnny: Shall we keep going?

(The group starts walking again and ends up at a dead end.)

Arria: End of the journey.

Alexis: There must be sort of button to show a secret door or something....

(Alexis accidentally steps on a switch which reveals a hole.)

Arria: Um that's not my stomach.

Alexis: Are you thinking....

(After several seconds, a group of large boulders roll from behind the group.)

Johnny: This is the second time today!

Arria and Alexis: Don't be such a baby, just run!

(They take off sprinting down again with boulders chasing behind them. They kept running until they reach another dead end.)

Johnny: Next to the wall, go into that hole!

(Alexis and Arria hug each other and jump into a hole in the wall , then Johnny crawls inside which makes them trapped inside. The dead end crumbles after the boulders hit the wall.)

Arria: Are we dead?

Johnny: No we aren't. Let's get out of this hole one by one.

(Johnny crawls out of the hole, Arria and Alexis crawl out afterward him.)

Johnny: Why is it so bright all of the sudden?

(Johnny looks behind and sees a huge hole leading outside of the dungeon. The group then exits the dungeon.)

Johnny: Uh girls, we're not supposed to find the exit.

Alexis: Uhh maybe this is also classified as cleaning out?

Arria: Please tell me we're not going in again.

Johnny: Lets just find the others, and show them the exit.

Alexis: If this takes more than two hours I'm so out of this dungeon.

Arria: Relax.... who knows what kind of adventure we will find next?

(The group walks inside and slowly fades in the shadow. Several seconds later, the group screams together, the screen fades, and the episode ends.) 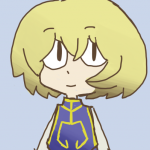 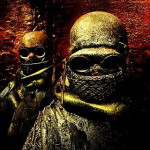