This is where you can nominate and vote on Users who have done hard work to be featured on the front page each month. 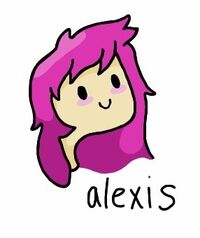 I'll be here for you always , and always be with you.